The bit that is puzzling is that the ESP-12E shows the 'normal' behaviour where the GPIO16 outputs a fixed width pulse to do the reset (wakeup) whereas the pulse on the ESP-12S seems to be switched off as soon as the reset is sensed, and the waveform starts to rise immediately. That would indicate that either the slower edge (higher capacitance) is upsetting the reset behaviour or that there is real difference between the chips behaviour in handling GPIO16 during wake ups.

In principle, if the reset is still seen by the ESP-12S then it should still work OK, but you indicate that you see intermittent problems. If one wanted to check further then one could try putting a buffer between GPIO16 and the reset to speed up the discharge.

The schematics of the modules that have been floating around are not 100% correct. Even the schematic from the AI-Thinker documentation for the ESP-12E is incorrect.

In the ESP-12E module, there is a series resistor (about a 450 Ohm) in series between the RST pad and the EXT_RSTB of the ESP8266. There is also a 12k pull-up and some value capacitor. Seems like the RC circuit slows the rise time for the reset. This 450 Ohm resistor doesn't exist in the ESP-12S module which isn't documented anywhere.

Adding this 450 Ohm resistor in series externally on the ESP-12S fixes the pulse issue. 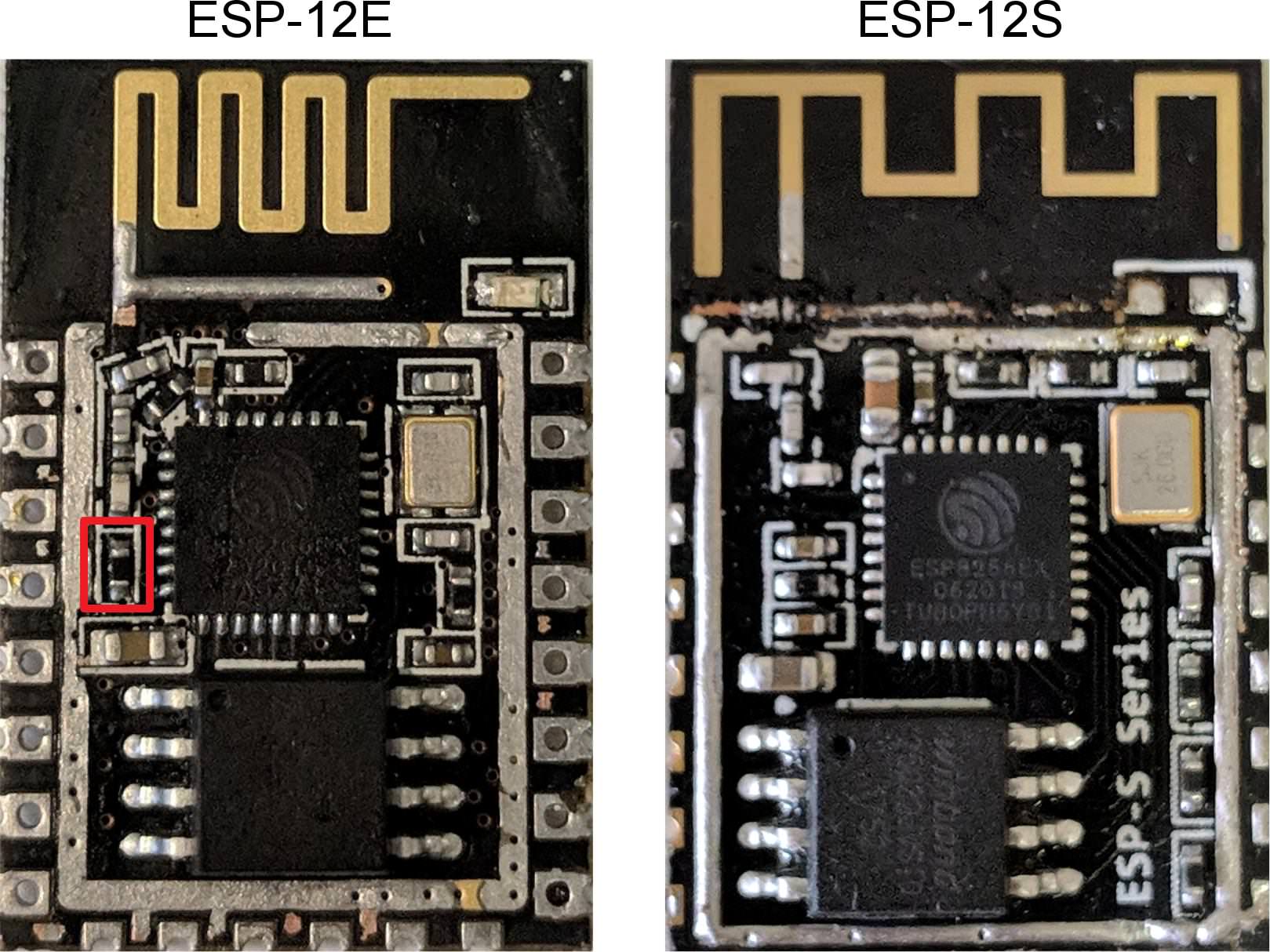 - Fri Jul 20, 2018 12:44 pm #77280 That makes more sense. Based on the schematics available I thought the ESP12S had the correct operation, the reset waveform you showed. It was what I would expect from the RC reset. But now with the resistor between the Reset pin+RC and the outside world the ESP12E waveform makes more sense. I wonder why they changed it.

I'm glad you got to the bottom of this. I have not used any ESP12S yet (I do have some) and this is something to be aware of.

- Fri Jul 20, 2018 2:47 pm #77283 Congrats on doing a solid investigation - something that is sadly lacking in a lot of other forums. It's bloody frustrating, however, that the manufacturer cannot be trusted to keep even the most fundamental (and simple) documentation up to date. Perhaps you should ask Ai-Thinker to pay for your time in doing this work? I guess I know the answer you'd get though.
Reply
Return to Hardware Specific As mentioned, almost every cloud broker has some s[…]

I assume the pins are not connected (i.e left si[…]

Indeed OTA is mostly the solution, but every OTA c[…]

[SOLVED]: Basically what schufti said. If I open t[…]

I wrote "interrupt" within quotation mar[…]

Hello. You have to install in your computer the bo[…]

That's not a hardware question, it's an Arduino qu[…]

Yes it IS possible, but it will take a lot of effo[…]

I had something similar around then; they'd done a[…]

WiFi is a higher priority than most other interrup[…]

Don't worry buddy, there is nothing to worry at al[…]